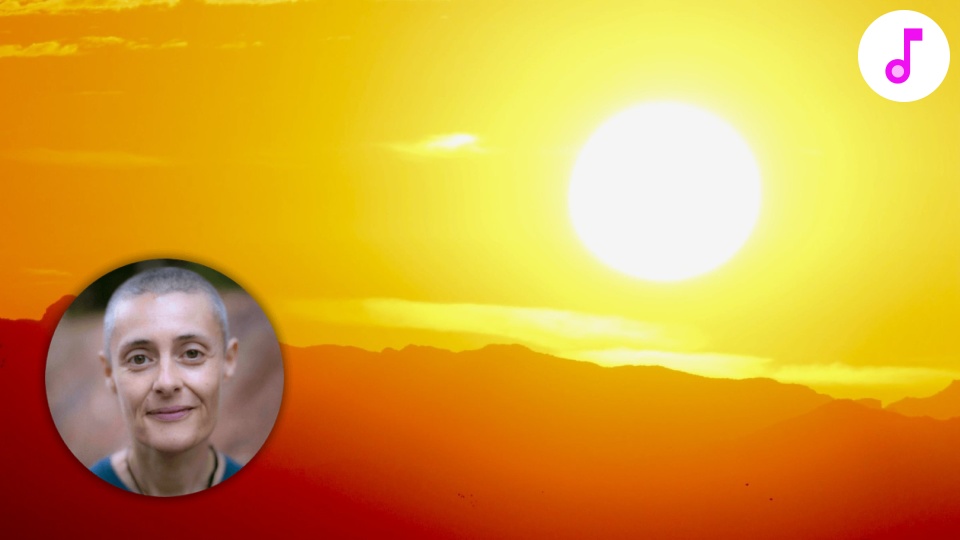 The power of the sun.

Bring forward the disc of the sun within you enhancing your ability to purify. Uproot the notion of yourself as an ephemeral being. Release false and negative projections of nature; of your own biology; and of the spark of infinity. Reinstate your power as an atomic being and recover the mechanism of your own 2 internal suns. Reperspectivise the slave self as a short episode in the course of history whose time is now long overdue.

The power of the sun is interrelated with the phenomenon of life and death. In truth, we are the sun - sun beings - since the spark of infinity we first witness as located deep within us is a piece of its atomic material. Combined with the slave self projection, we have mistakenly come to call birth and death, the beginning and the end of ourselves. There is no such thing. We are ever present and being truly dynamic in nature, just like the sun, it is only the myriad possible forms of ourselves which rise and fall.

This is why we see cultures in the past fixate so much on the sun. They deeply understood the mechanism of life and engineered that mechanism further to enhance the power of the flame of light on Earth. The science of fire and water raised a vast external energy system amplified and earthed by the conscious design of buildings - which would then bring forward our sun nature more and more powerfully as we dwelled within them. This planet functioned as part of a vast grid of interconnected cosmic intelligence.

And so it is that the disc of the sun - called of course the corona - is perhaps the most important aspect of our being. It is this itself which more externally generates the plasmic aura of the human being which purifies, connects with and uplifts the world. The shimmer and the shine of us - the rays of our own individual sun - nurture life and the ability of all of us to share our true nature. This opens the network within us which carries our atomic nature and transforms our body into a carrier of the gold frequency. But if we mistake this aspect of our being instead for something dangerous and life threatening, of course we potentially lose control of our own source connection; our bodies - and the link with each other and life itself.

Related events: A higher biology; Mother Earth connection; The bliss of who you are; The purity of crystalline waters; The sun of your being; Unconditional love.