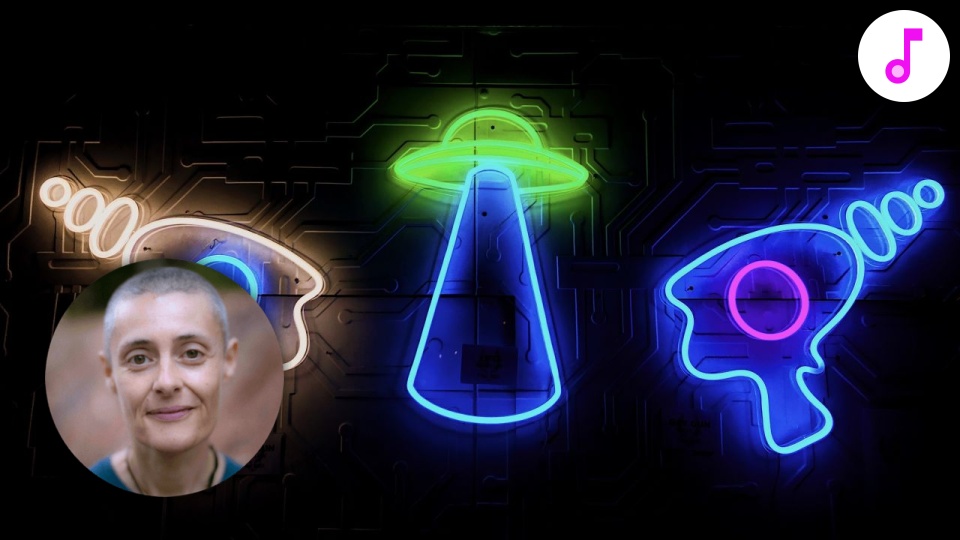 Open to the possibility of other life here on this planet and enables us to compute the different wavelengths of high frequency beings (both positive and negative), visitors and hybrids. Realise that we are all biological hybrids. Grasp that the term "alien" has been hijacked and become distorted - being only a partial truth.

Positive high frequency beings definitely exist but not in the way we have been told. They design their own selves and are able to embody here. They don't need an invitation. Meanwhile there are what we might call visitors - which includes interdimensional beings - of multiple varieties. Some are trapped here from the past before the previous civilisation was destroyed. Others are now able to enter through portals which have been opened to bring them in. Many are deliberately summoned through rituals. Most exist in the non-physical frequency range and enter through our minds. And some arrive deliberately or accidentally via their own technology, which is nearly always connected with the use of radiation and trade or "cooperation" agreements.

Most accurately, the majority of what gets called "aliens" are either true visitors longer in the past now erased from the historical record; hybrid beings designed on this planet by earlier visitors who are their designers, some of whom are still here and who we might call colonists; and mainly low frequency visitors working with a handful of covert terrestrial agencies. Most humans are hybridised to some extent. Meanwhile what is communicating with humans via channelling is nearly always the locked out aspect of the channeller's own multidimensional self or a non-physical identity (sometimes an "alien frequency") stuck in this reality at a different frequency to the everyday but not necessarily highly evolved.

In general, positive high frequency beings either are not involved with Earth; cannot actually get here; and wouldn't want to even if they could (who can blame them). They would never enter or alter your body. There is no one coming to save us. We must do this ourselves - and in time as the frequency changes still further, we will naturally meet some of those beings again, in a way that right now is mostly beyond our comprehension. And there are no aliens coming to invade us. That is already happening, here, through a sophisticated, negative use of the science of images, as it always has done, through our societal programmes and through our senses - before our very eyes.